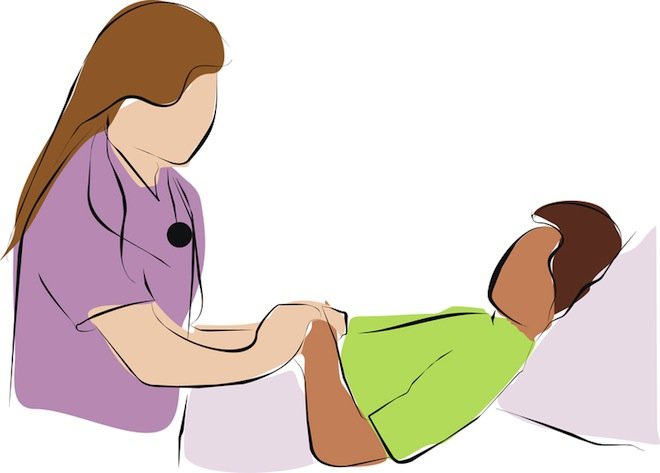 Principle Two of The Eden Alternative tells us that the creation of a Human Habitat is the most effective cure for the plagues of loneliness, helplessness, and boredom.  By definition, a Human Habitat is “an environment where different species live in supportive and empowering ways, eager and able to thrive, not just survive.” A rich Human Habitat involves an array of close and continuing relationships and spontaneity and variety as the spice of daily life.  Diversity, then, clearly lies at the core of a healthy Human Habitat and the life worth living that it supports.While this may come across as a no-brainer, diversity awareness is often dismissed as politically correct mumbo jumbo or something that an in-service or two can cover. Successful change agents, however, know that a deep and ongoing commitment to celebrating diversity is the cornerstone of building meaningful relationships and creating an inclusive team environment, where each voice is heard and honored for its unique contribution.Let’s face it.  Care that is genuinely person-directed can’t exist without a dedication to diversity awareness.  How can we truly know people well, if we aren’t digging more deeply and taking the time to develop a more complete understanding of their cultural heritage and how it influences their preferences and choices?  When diversity awareness becomes a vital part of the organizational culture, culturally-specific communication barriers dissolve, new relationships are forged, and opportunities to grow and learn from each other expand exponentially.This said, facilitating an appreciation for diversity in your organization is a multi-layered endeavor that requires thoughtful attention, creativity, and finesse.  On April 10th from 3 to 4 pm ET, two inspiring leaders, Sandra Place and Arif Padamshi, will share how promoting diversity awareness has deepened and strengthened their culture change journeys.  As a part of the Facilitative Leadership Webinar Series, “Facilitating an Appreciation of Diversity” will focus on how the creation of effective teams requires an organizational culture that respects, honors, and appreciates the unique differences, qualities, and values of each member of the care partner team.  Click here to register.To explore this issue in your teams, consider the following Learning Circle questions:How are we doing when it comes to building diversity awareness?What are the current barriers to deepening awareness of our cultural differences?What access do we have to educational resources to build our skills around this issue?What are some creative ways that we can promote learning and growing between different care partners on the team?Related PostsChautauqua Rehabilitation & Nursing Center Begins Eden Alternative JourneyChautauqua Rehabilitation & Nursing Center celebrated the beginning of their Eden Alternative journey last week! The home hosted a large celebration to commemorate the hanging of their “Eden” tree. The home began working on the Eden Alternative’s Milestone 1 at the beginning … Continue reading →Eden Alternative Elim Care Center Builds ‘Human Habitats’The Forum in North Dakota reports that Eden registered Elim Care Center in Fargo broke ground this week in a major $7 million renovation and expansion of their facility that will create 20 private single-occupancy rooms and make rehabilitation services more accessible and person-centered.Eden and CMSTweetShareShareEmail0 SharesTags: Care Partner The Eden Alternative three plagues

Email A new study suggests many so-called hospital-acquired infections actually arrive with the patient. Javier Larrea/Getty Images That didn’t last long. During the first day of operation, there was a sharp uptick in the numbers of Corynebacterium, Staphylococcus, and Streptococcus on phones, countertops, and computer mice in nurse stations. These bacteria are responsible for infections like diphtheria, Methicillin-resistant Staphylococcus aureus, and pneumonia—diseases especially dangerous to people with weakened immune systems.For the next 365 days, Gilbert and his colleagues swabbed work surfaces in many rooms, as well as the skin and clothing of doctors, nurses, hospital staff, and patients—a total of 6523 samples. “It was a bit awkward,” Gilbert recalls. “People would have just arrived for treatment, and we’d say, ‘Excuse me, can I swab your armpit, nose and hand?’”The team compared patients’ microbial profile at their arrival and when they were discharged, and applied statistical methods to determine what had influenced their microbial makeup over the course of their stay. Bedrails jumped out as a significant potential reservoir of bacteria; the microbes living on them resembled those found on the patients more than those on any other sampled material did. That suggests bedrails are capable of picking up a person’s bacteria and harboring it until the bed’s next occupant comes along—unless the bed is well sterilized in between.Of the 252 patients who participated in the study, about 20 came down with what experts would define as a hospital-acquired infection, the researchers report today in Science Translational Medicine. That’s close to stats from the Centers for Disease Control and Prevention, which has found that about one in 25 hospitalized patients will get such infections. But room swabs of the patient in the new study, as well as the nurses and doctors they interacted with, failed to turn up the bacteria responsible for their infections, suggesting they don’t appear to have gotten their microbes from the hospital at all, according to the team’s analysis. “The most likely explanation is the patients already had those bacteria when they were admitted,” Gilbert says.That would be a big shift away from current thinking in much of the medical world, which considers hospitals to be harbors of potentially dangerous diseases. Instead, the study suggests hospital rooms’ microbes might not be any more dangerous than those in patients’ own homes. “If it’s true,” says Gilbert, “that’s going to be a paradigm shift in how we think of hospital-acquired infections.”It’s nearly impossible to totally sterilize any room, he says, and most hospitals are already doing a pretty good job keeping things as disease-free as possible. Rather than focusing on ever more potent sterilization efforts, more resources should be spent treating people with probiotics and antibiotics before they enter a hospital when possible, he says.